some photos taken at the walk of fame that is located in Fargo, North Dakota. You can find this at the visitor center in Fargo.
here is some info I pulled off the web
The Fargo Walk of Fame was started by local businessman Mike Stevens after he visited Mann's Chinese Theater in Los Angeles. Mike began approaching celebrities who were visiting Fargo, with a slab of wet cement, asking for their hand and footprints, which he would then set into a 40-foot stretch of sidewalk in front of his downtown print shop. It was a way to take a one-night stand at Bison Stadium or the Fargodome and make it last forever.

When the movie "Fargo" turned the city into something of a celebrity itself, the Walk of Fame was moved to the Fargo Welcome Center on the outskirts of town. More than 100 of the known and lesser-known are now preserved here, and although some have snubbed the honor (former Fargo busboy Bob Dylan among them) most have agreed to cement the bonds of fellowship in what has to be the most democratic Walk of Fame in the world. John Kenneth Galbraeth snuggles between Stevie Ray Vaughn and Sesame Street's Bert & Ernie. Bill Gates squats beneath Jerry Reed. Dr. Ruth is next to Mettalica, John Updike rubs elbows with REO Speedwagon. Where else could Chuck Yeager and Tiny Tim be neighbors?

Any walk of fame that draws no distinction between George W. Bush and Jimmy "J.J." Walker is worth a visit. Remember, if global warming drowns our coastal cities and destroys civilization as we know it, future generations will rely on the Fargo Walk of Fame to teach them who was important in our time. 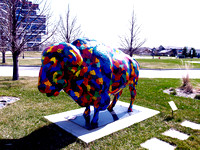 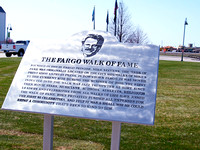 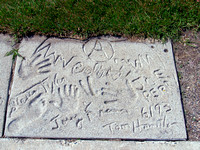 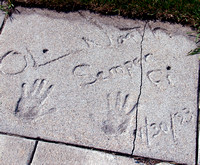 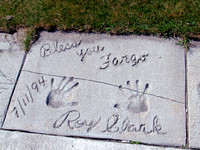 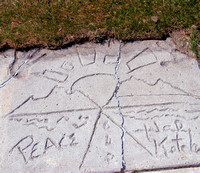 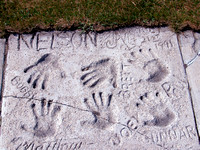 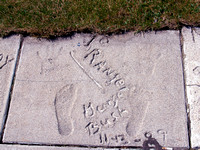 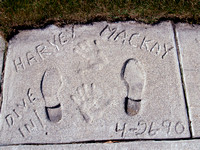 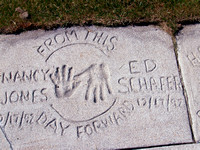 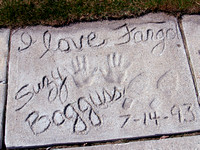 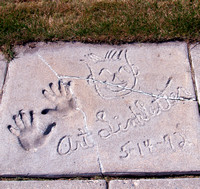 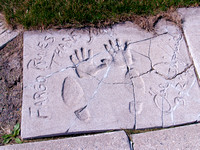 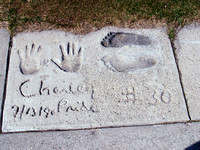 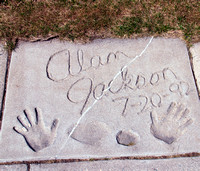 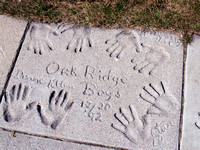 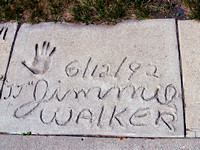 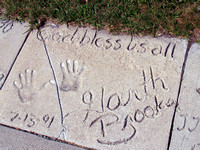 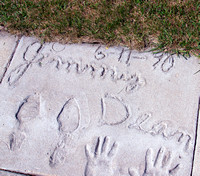